The Thompsons: A Family Made New 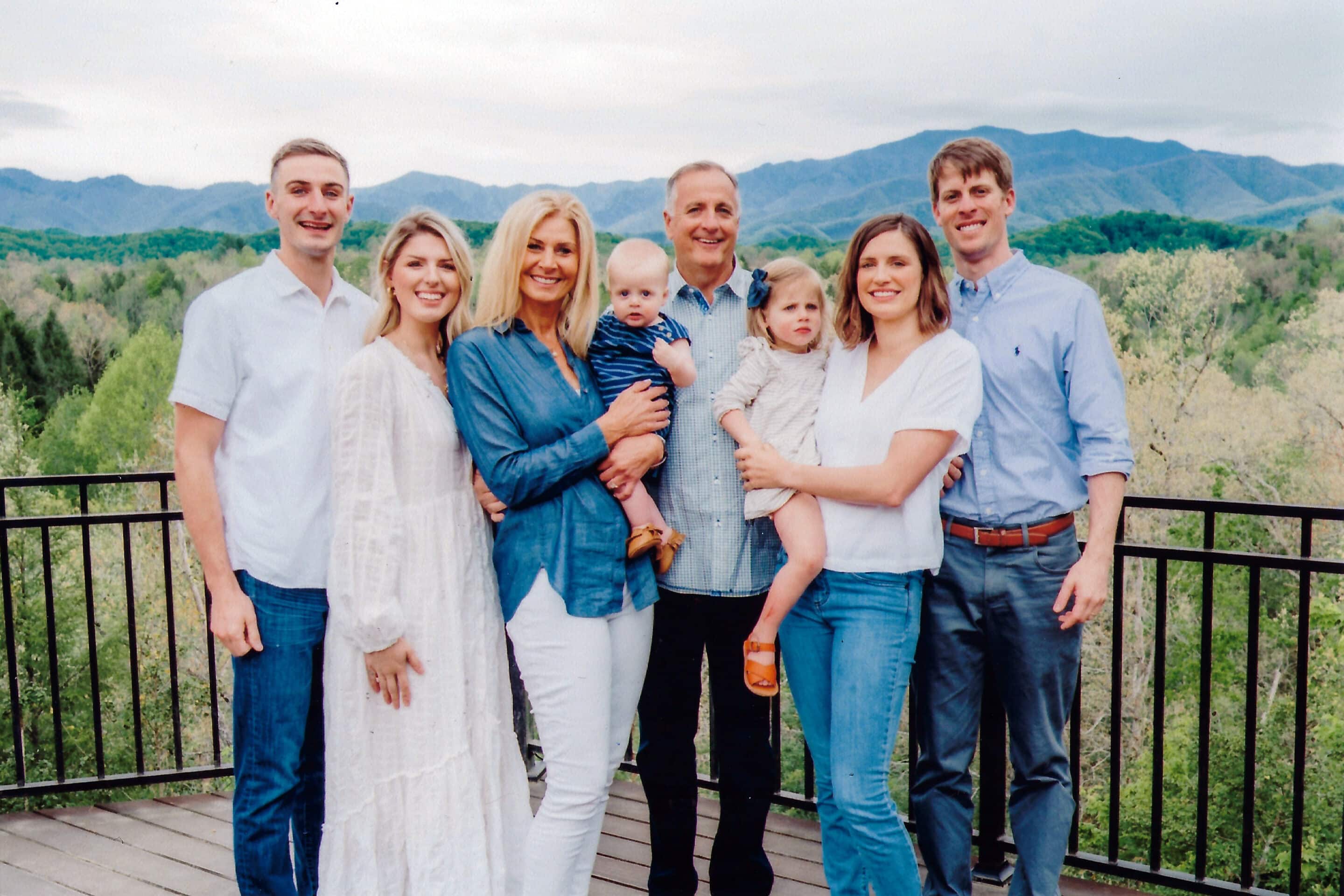 Only three days earlier, her 21-year-old son Will had submitted his letter of application to No Longer Bound. Wednesday he completed a phone interview, and Thursday the Admission Team called to say, “No promises. We’ll do another interview when you get here.” 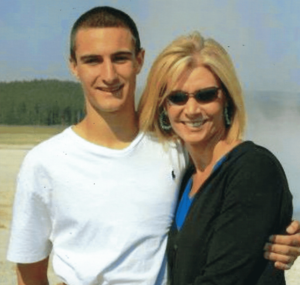 Everything was happening fast. Will didn’t want to keep using drugs, but he also didn’t want to give up a year of his life to a treatment program he had never heard of.

He was a freshman at the University of Tennessee in Chattanooga when he first told his parents he was using opioids and needed help. John and Lori responded quickly, putting him in a 30-day treatment program near the school.

The next year, when they dropped him off for his sophomore year, Lori was hopeful her son was back on track. But when Will got a part-time job to earn extra money, then stopped taking her calls, intuitively she knew he was using again. It was October when she drove to UTC and brought him home. She had watched her husband John cycle in and out of addiction throughout their marriage, and she wasn’t taking any chances with Will.

Lori credits God with finding No Longer Bound. “I think I googled Christian treatment and it came up,” she said.

“I thought of John’s addiction as if he was a car,” she remembered. “Something was broken, so we’d take him to get fixed and I thought he’d be fine. But that’s not how it worked.”

At No Longer Bound, the Admission Team spoke with the whole family together, then they interviewed Will and his parents separately.

Will said, “I remember they said to me, if someone asks you to borrow $20 and you don’t have it, then you can’t give it to them. If you don’t love yourself, you will never be able to love your family, your parents, or your girlfriend.”

To Lori and John, they asked, “If your son decides to quit the program and calls you to pick him up, what will you say?”

“I knew the right answer was to say that we wouldn’t come to get him,” Lori said. “I knew they wanted us to say those words to Will, but I didn’t know if I could actually carry through with it.”

Lori and John said enough right things for Will to be accepted. But Lori cried as she watched him carry his duffle bag down the hill.

“He was so angry,” she remembered. “Very angry.”

When asked if he remembers why he was angry, Will said, “I had watched my dad cycle in and out of treatment over the years and felt like he got a lot of second chances. I had one little relapse, and they wanted to ship me off for a whole year. I felt like they were washing their hands of me, so they didn’t have to worry about me anymore.”

As Lori and John drove home, they passed through small town after small town, navigating Halloween parades and happy families in costume. To this day, Halloween reminds Lori of that horrible drive when she was consumed with guilt.

“I just keep thinking, I don’t know if I can live,” Lori said. “The whole way home, I replayed stories of Will’s childhood in my mind. I blamed myself for his addiction.”

Specifically, she remembered a time when John was in treatment and the program hosted a Family Day. Lori intentionally left the kids at home, not wanting to interrupt their weekend activities. Now she wondered if it would have made a difference if she had brought Will with her.

Families who love someone in addiction battle all sorts of shame. There is guilt. There is fear of judgment. They hope and pray their loved one will start making better decisions so everything can return to normal.

“Once we got home, John didn’t want me to tell anyone,” Lori said. “He believed it was a betrayal of Will for us to talk about it. I got a counselor from church, but otherwise, we didn’t tell anyone. We didn’t even tell our family.”

Alone in her struggle, Lori felt like a failure. Over and over, she thought of what she could have done differently during Will’s childhood.

She began writing letters to Will, sending him scripture she thought would encourage him. Once he was approved for Sunday visits, John and Lori made the drive weekly. Most Sundays, Lori drove home with a heavy heart. It didn’t seem like Will was doing well.

“One visit he told me he hated God and didn’t appreciate me sending him Bible verses,” Lori said. “It was like he had stabbed me. There were just a lot of things he needed to tell us that we didn’t want to hear.”

In hindsight, Lori knows Will was sharing painful things he was processing in his classes during the week. But at the time, she wanted to stop him from experiencing any pain.

“I kept butting heads with the counselor who was trying to help us,” Lori said. “I was a very overprotective, helicopter mom. I remember telling her, ‘That’s my Baby.’  And she said to me, ‘Well, how old is your baby? He’s not a baby anymore. You need to stop treating him like one.’”

Lori felt encouraged by the other families who attended the Sunday Family Recovery classes, but she found one breakout session particularly offensive.

“One of the other mothers said, ‘I have learned to be okay whether my son is ever okay or not.’ I couldn’t believe a mother could say such a thing. My world was wrapped around my children. I knew I couldn’t be happy if my kids weren’t happy.”

Back at home, the comment stuck with her and Lori began turning it over in her mind.

“When I finally knew I had to take care of Lori Thompson whether Will Thompson was okay or not, it was a profound change,” she said. 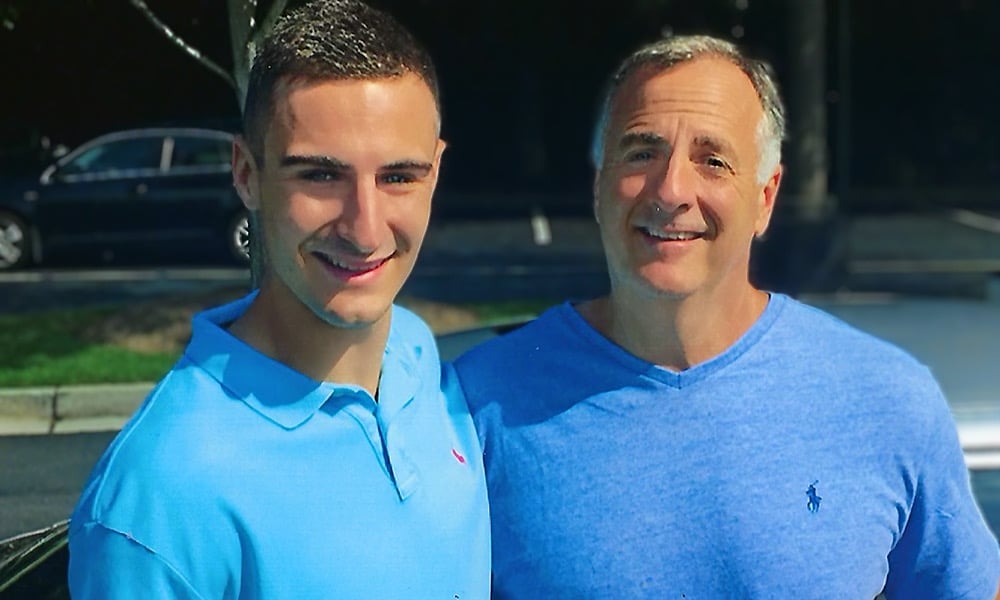 John and Lori continued to visit. After one weekend, Will told his mom that he thought his dad was using again. Lori assured Will that his dad was fine.

“I thought there was no way John could do that to our family again, after all we’d been through with Will,” she said. But then she started seeing the signs too.

Challenging him to tell the truth, John finally admitted he was using again. Immediately, Lori asked him to leave. She felt clarity and strength in her decision.

“I had the tools to know what I needed by then,” she said, “and I wasn’t going to do this to myself or the family anymore.”

Living alone, John’s life quickly spiraled out of control. But Will didn’t give up on his dad. He called regularly to check in, and he gently nudged him towards getting help, even presenting No Longer Bound as an option.

“There’s no way in hell I will ever go to No Longer Bound,” John once told Will. “Don’t ever ask me again.”

In September, Lori served John with divorce papers. Describing that as the worst day of his life, John’s hopelessness accelerated his addiction. He remembers being so sick one night that he thought he was dying, then using again the next morning. As a last-ditch effort, he texted Will for No Longer Bound’s phone number and made plans to get help. Will drove to Tennessee, and picked up his dad.

“I had no hope for my life at all,” John remembered. “But when I walked onto campus and saw a room full of bunk beds, I was just thinking to myself, what have I done?” Despite the then spartan living conditions, John found love and peace in the program. Slowly, he began to change.

“I had such a hard heart,” Lori admitted. “The kids began telling me that John was changing, but there was no turning back for me. My mind was made up.”

John wanted to come home for Christmas, but Lori said no. The kids continued to update her on his transformation and, eventually, she became intrigued. Six months into John’s program, Lori decided to visit. She remembers telling herself that she wasn’t interested in reconciliation, but deep down, she knew she loved him.

From their first conversations that day, Lori could tell John was different.

“He wasn’t making empty promises, telling me what he was going to do, like before,” she said. “We had a good visit. And at the end of the day, I wasn’t ready to leave.”

Over time, God began to soften her heart. When No Longer Bound offered her marriage counseling, she finally said yes.

“There were a lot of pieces to put back together,” Lori said. “But with time and hard work, we did it. I’m so thankful for God’s amazing Grace.”

John graduated from No Longer Bound in September of 2017 and stayed a few months for Servant Leadership Training before coming home to Lori. God changed his life at No Longer Bound, but John changed people’s lives too.

Kelly and Rand Harbert remember meeting John on their own family visits with their son Ross. Ross in his 20s and John in his 50s were classmates and became very close. The Harberts credit John with changing Ross’s life.

“John has no idea how many lives he’s touched,” said Kelly Harbert. “Many Sundays, sitting anywhere we could find space at No Longer Bound, laughing and sharing, we were all reminded through John’s stories about what’s important in life and what’s just a distraction. He has a way of seeing into the heart of a matter and the heart of people. He’s so deeply loved by many people, including our family.”

Today, John is a general contractor in Oakridge, Tennessee. He and Lori have been married for 33 years and their two grandbabies fill their lives with joy.

Will also lives in Oakridge, where he runs his own insurance agency, Thompson Insurance Group. He got married in October and says his relationship with his mom is better than he could have ever imagined.

“My mom has really learned how to step away and love me how I need to be loved,” he said. “I didn’t need to be cared for or told what to do anymore. I just needed to be loved and supported. She has been amazing in learning that. In the past three to four years, she just keeps getting better at loving and supporting me. It’s incredible.”

Every Monday night Will leads a Bible Study Fellowship (BSF) group in Oakridge and John attends a different BSF group that same evening. Afterwards, they go out to dinner. Recently, Will told his mom, “I’m so proud of Dad. I wouldn’t trade our life for anything. How cool is it that we both attend BSF and get to go out together afterward to discuss?”

“I’m a much better mother, wife, and person because of our journey,” Lori said. “It doesn’t make sense, but it was turning it all over to God that did it. For many years, there was so much darkness and very ugly chapters in our lives. Every Halloween, I remember driving Will to No Longer Bound and it all comes back again. But I thank God every day for where we are and what we’ve come through. There’s no way I would be where I am in my faith today, if I hadn’t been through all of this. And I don’t believe John or Will would have a relationship with Jesus without going through what they went through.” 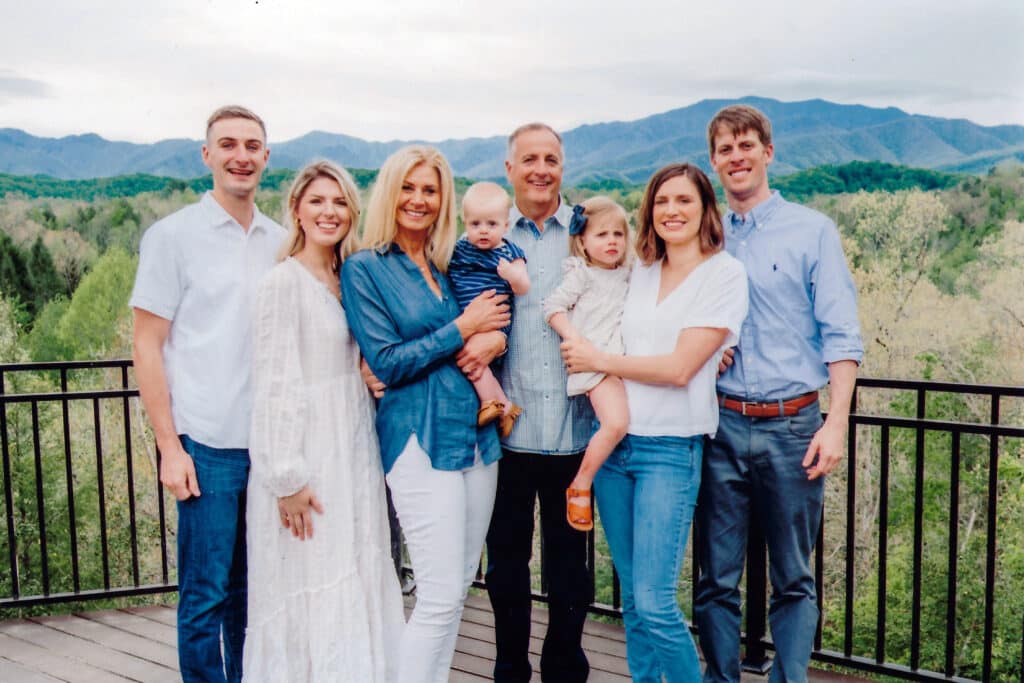