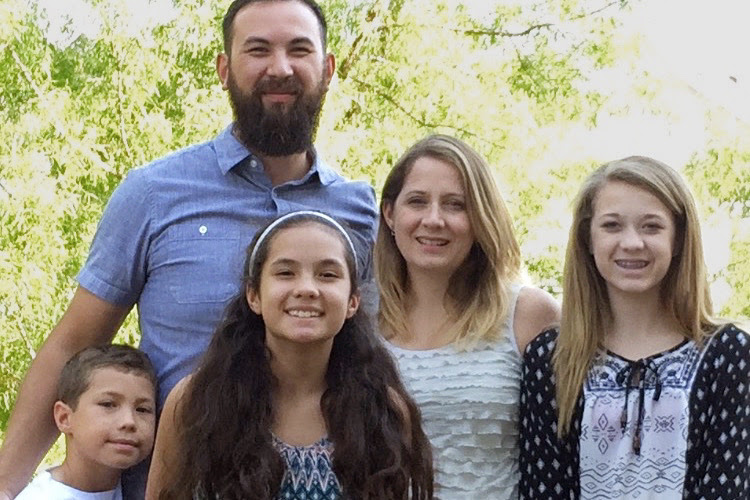 In Brandon Rayburn’s final month at No Longer Bound, he felt like a changed man. He was ready to make up for lost time but knew he couldn’t go back to his former job (which was tied to his addiction.)

“I had a wife and three small children. We had lost our house through the process of my addiction. We literally had nothing and were starting over from square one.”

A man named Vince (also an NLB alumnus) walked onto campus one day and handed Brandon a piece of paper.

That’s how Brandon Rayburn began working for Special T, the nation’s largest table-only manufacturer. At the time, it was located just around the corner from No Longer Bound’s campus.

At first, Brandon worked in the warehouse, packing tabletops into boxes. The pay covered only the cost of his children’s after-school daycare, but it was a start.

“I didn’t know what I was saying yes to,” said Brandon. “Looking back, it was God. Special T has pushed me, believed in me, and lifted me up in ways I could never have done myself.” 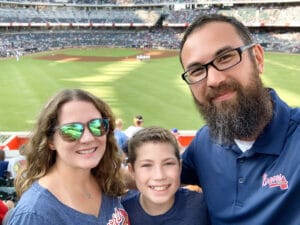 Brandon enjoying a ballgame with his wife and son.

In the past ten years, Brandon promoted through almost every job in the company. From the warehouse, he moved to ordering, then shipping. Today he is the Vice President of Operations.

In that ten years, Special T has grown from 10 million to 21 million dollars in sales. But more significantly, it has achieved this success by hiring people in recovery and creating a workplace culture that allows men and women in early recovery a chance to start over and change their lives.

Brandon has hired more than 70 No Longer Bound graduates in the past ten years.

“Probably over a hundred men in recovery total,” he said. “In the beginning, our environment was men in recovery helping out other men. Then we hired a new employee who adopted the title Recovery Director.”

“We haven’t experienced any of the labor issues the rest of the country seems to be facing,” said Brandon. “There seems to be an abundance of men and women in recovery in need of a job.”

Brandon said being a part of a recovery community at work not only helps him feel whole emotionally, but it also helps him do what No Longer Bound taught him to do.

“No Longer Bound told us we need to disciple others, give back to the community and help new people.”

What’s next for Brandon?

“A rise in addiction indicators has already been announced—increased spousal abuse, increased child abuse, social isolation. These things are gasoline to addiction. It’s going to be an exponential problem. What do we do with that? How do we work together? How do we get a bigger soapbox?”

Brandon said the hardest and most rewarding event of his life was going through No Longer Bound. 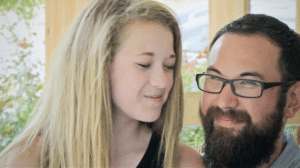 Brandon’s older daughter wrote a beautiful Father’s Day letter in 2016, captured in a video on our stories page.