The Ripple Effect of A Transformed Life 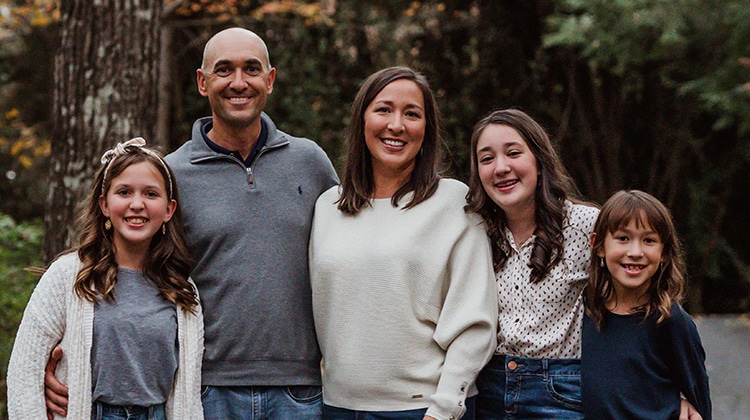 “People have three needs: to be heard, to be understood and to valued. If you listen well and are fully present with the person your with, then you access their heart and you can sew a seed. That has been my mission and my calling for 20 years, but it all began at No Longer Bound.”

The road Rand Eberhard traveled to that realization was a rocky one.

In seventh grade, Rand started drinking and using drugs. For the next ten years, his life spiraled out of control.

“The facades I developed as a teenager—funny guy, tough guy—became my false foundation. I set aside all my moral boundaries and said, I’m going to run this thing and do what I want to do.”

In Rand’s final semester at Milton High School, he was kicked out.

“I was chemically dependent and emotionally a wreck. All of my income was going toward my substance abuse. I even lived homeless on the side of the Chattahoochee River for a time, so I could use drugs.” 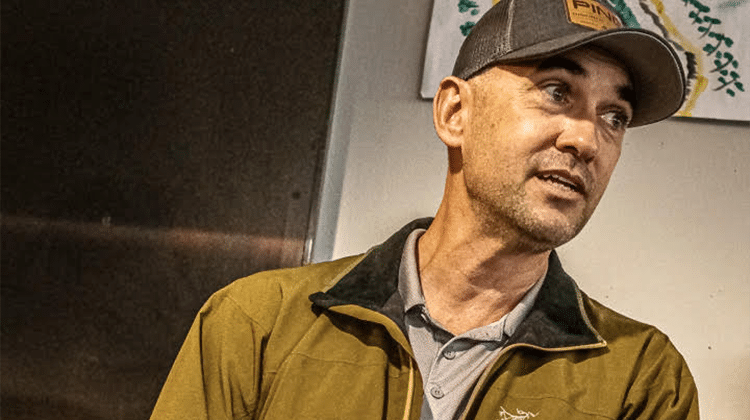 Rand’s heart began to change when a young mother came to buy drugs from him and brought along her children. “At that point, I became troubled,” Rand said. “Even in my party world, I knew I was dividing a home.”

Soon after, while working at a grocery store, a customer shared a Bible verse with Rand.

“For the first time in my life, I believed it,” he said. “It cut me to the core and exposed my brokenness and my selfishness. But instead of condemning me, it gave me hope.”

As Rand considered changing his life, his probation officer gave him the opportunity to interview at No Longer Bound, and then enroll. “It was there I began taking an honest look at myself and my addictions and, most importantly, at God.”

At No Longer Bound, Rand learned his addiction was a response to a deeper issue. He began keeping a prayer journal. For the first time, he developed empathy for the needs of others and a calling to be like the men who spoke the word of God into his life.

The transformed life was initiating its ripple effect, starting to transform others.

First God gave Rand the opportunity to work in urban ministry in Atlanta, then He opened the door for Rand to join the staff at The Church of the Apostles, which was founded by Dr. Michael Youssef. After years working with hundreds of students in downtown Atlanta, Rand ultimately earned his Master’s degree from Fuller Theological Seminary.

Rand acknowledged the consequences of his early life.

“Some of the drugs I used took a toll on my mind. I am now dependent on a continual connection with the spirit of God. Without that, it wouldn’t be possible for me to be a dad, a husband, or a person who is about the Lord’s work.”

Today, Rand is Associate Director of Congregational Care at the Church of the Apostles. He says the theme of his work is hope, healing and harvest.

“My goal is to affect people for hope, so they can find pathways to peace, all so they become restoration workers and sowers of the Gospel.”

That is the ripple effect of a transformed life.

Your financial supports helps NLB continue to transform lives.
In many instances, the transformation ripples
not just throughout this life but for eternity.